TO HONOR WITH DIGNITY... When a line of duty death occurs, and on request of the agency sustaining the loss, the team would be deployed immediately. The team serves in a behind the scene capacity and offers suggestions based on what the departments needs are, as well as, the needs of the firefighter family. The Response team stays in place at the agency, sometimes for several days, usually until the funeral services are completed. The duties of the team do not end there, they provide information to the department on an as needed basis to assist the family and department beyond the funeral services. 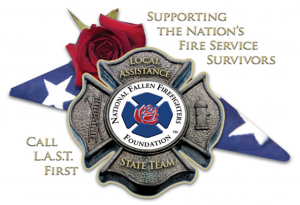 The team will respond with resources that can provide the items for a firefighters funeral. Departments will not be burdened to acquire these items, as they will be provided for the departments use. A funeral service guide has been established to assist the family and department in choosing options to fit the services they desire. Funeral ceremony protocols are provided for use if desired as well. Our team utilizes the incident command system and has pre determined duties assigned to the sector officers. Once again, our team members serve in a behind the scene capacity, leaving the members of the stricken department as the "front" people for the services.

Michael Lee Moody, Purdum Volunteer Fire Department Assistant Fire Chief passed away on October 2, 2022 while in the line of duty fighting the Bovee Fire in Halsey Nebraska National Forest. Mike served with the Purdum Fire Department for over 40 years.
Services will be held in Dunning at the Sandhills High School on Friday October 7, 2022, at 2:00pm.
Fire apparatus will be staged by Blaine & Thomas County Sheriff's Department. The procession with Mike will be from Broken Bow to Dunning High School on truck 21 beginning at 1130 hours and all trucks are welcome to join along the procession or come to be staged at the high school in Dunning starting at 1130. The local churches will be providing sack lunches and drinks for those bringing trucks prior to the funeral at the fire hall.

Any additional information will posted on our Facebook page as it comes in.

Michael Lee Moody age 59 from Purdum, NE passed away October 2, 2022, near Halsey, Nebraska after succumbing to a medical emergency while in the line of duty fighting fire. Services will be held Friday, October 7, 2022, at 2 pm in Dunning at the Sandhills High School. His granddaughter Rylyn requests that you please come dressed comfortably in bright colors with plaid shirts and overalls welcome. Family and friends will also be gathering after the service at the Community Hall in Dunning. In lieu of flowers please make memorial contributions to Purdum Rural Fire or Thedford Volunteer Rescue Squad. Condolences may be left at www.govierbrothers.com. 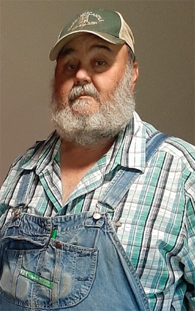 Mike was born March 5th, 1963, to Gene and Sherry (Harsh) Moody. He attended Sandhills Public Schools and spent summers haying west of Purdum for the Bestol Ranch. He excelled at sports and enjoyed football, wrestling, and track. He did well in school but also enjoyed going out with friends and having a good time (as many of you can vouch for.) After graduating high school in 1981 he spent a year working for the Board of Educational Lands and Funds and while at that job honed his arrowhead hunting skills. From there he moved on to work for Circle 76 Fertilizer in Long Pine until his father’s death in 1984. After his father’s passing, he joined his mother and older sister Pam Moody at Purdum State Bank where he worked as Vice President and loan officer until leaving in 2008. Mike spent some time doing odd jobs before taking over Harsh Mercantile, He was very proud to be able to continue on with the family business and spent countless hours at the store and mixing feed and enjoyed working alongside his wife and son Jack.

In 1986 Mike met the love of his life Cheryl Yantzie and after writing her number down on a napkin, the rest was history. They were joined in marriage on January 6, 1988, and with this marriage, Cheryl brought with her two sons, Jeff, and Jared Pflaster. Later that year they welcomed their first child together, daughter Hollie. In 1990 after Cheryl assured him, he had plenty of time before their youngest was born Mike took off to South Dakota for a pheasant hunting trip. Not thirty minutes after he left, she went into labor and welcomed son Jack before Mike arrived the next day. His children were second only to his three grandchildren, Rylyn, Alexis, and Jhett who lovingly called him “Bampa T-Rex.”

From the time Mike was little he loved the outdoors and was always out exploring the world. He grew up hunting and fishing alongside his dad and Grandpa Dana and later in life passed that love on to his daughter Hollie. Mike always enjoyed going fishing at the lake with his close friends and took the time to go every chance he got. His other favorite thing to do was go arrowhead hunting. We never knew how he could manage to see even the smallest of artifacts, but he always seemed to find something no matter where he went. If Mike wasn’t outside doing what he loved or working, you could most likely find him at the casino playing poker or sitting at a slot machine.

Mike never knew a stranger and everyone he came across was a newfound friend. He selflessly spent his entire life putting others before himself and serving his community. He spent countless hours making sure the Purdum cemetery looked perfect year-round, all the while maintaining the rest of the town, as well as his own business work and tasks at home. For over 40 years he served the Purdum Rural Fire Department covering many different roles and his home always served as the “home base” and dispatch for the department. He never gave a second thought when a fire page went off, when a neighbor needed help, or when anything at all needed done in the community. He was always the man for job and gave himself selflessly to whoever and whatever needed his attention at any given time. He was always a listening ear and always had advice no matter what you may be going through in life. He was a great son, a brother, a father, a friend, and an even more amazing grandpa and will be missed by many.

Why Should I Call?

Did you know that under some circumstances, heart attacks and strokes that occur within 24 hours of a strenuous duty related event may qualify for Federal benefits. Currently this Federal benefit is over $350,000.00. We know of departments that did not consider this, and this benefit was not available to the family of the deceased. These are just some of the items we can provide to you. All of our services are provided to you AT NO COST! If you have any questions as to even the most remote possibility someone may qualify, please contact us immediately. 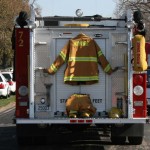 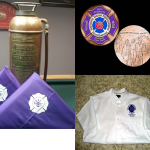 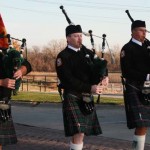 Tradition The funeral of a firefighter is deeply rooted in tradition. Those who knew, worked, and lived with their fallen comrade will go through a … END_OF_DOCUMENT_TOKEN_TO_BE_REPLACED

These are most items a department will need to assist with the funeral ceremonies. All items are available for use for any firefighter funeral, with … END_OF_DOCUMENT_TOKEN_TO_BE_REPLACED

The Nebraska Serious Injury and Line of Duty Death Response Team is here "To assist families and departments to honor with the highest dignity, our injured or fallen brothers and sisters by representing the highest quality of attitude and professionalism." Our team is comprised of all levels in the fire service from career, volunteer, fire, EMS, survivors and chaplains.

The Nebraska Serious Injury & Line-of-Duty Death Response Team works solely on funding from donations and volunteering of members time.
You may make a safe online donation using your
Credit Card or Paypal account.

If for any reason you have trouble logging in, please contact Jenie Maloney @
308-380-3900 or email: jenie@elitewebconcepts.com